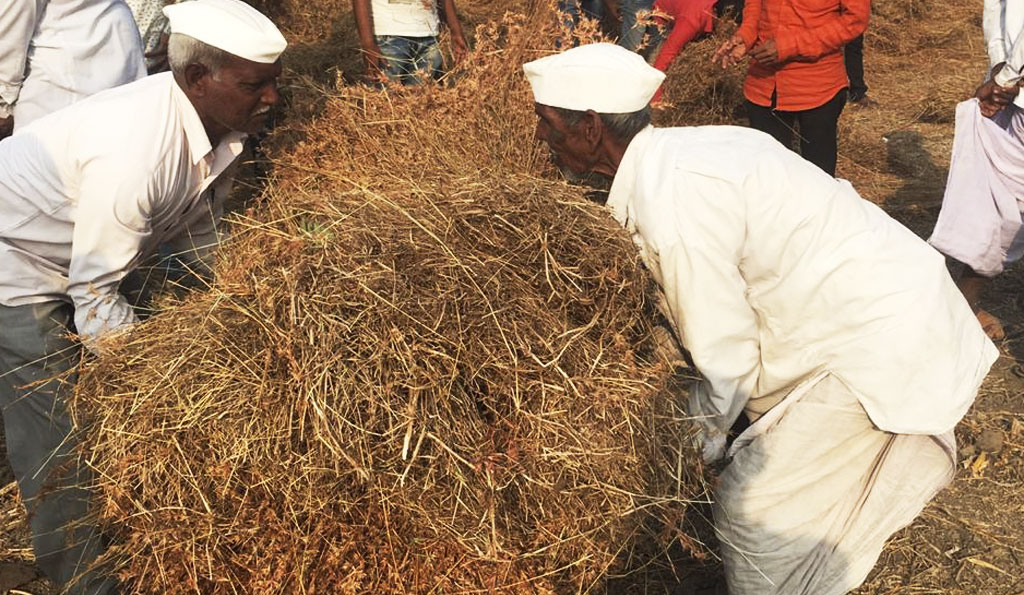 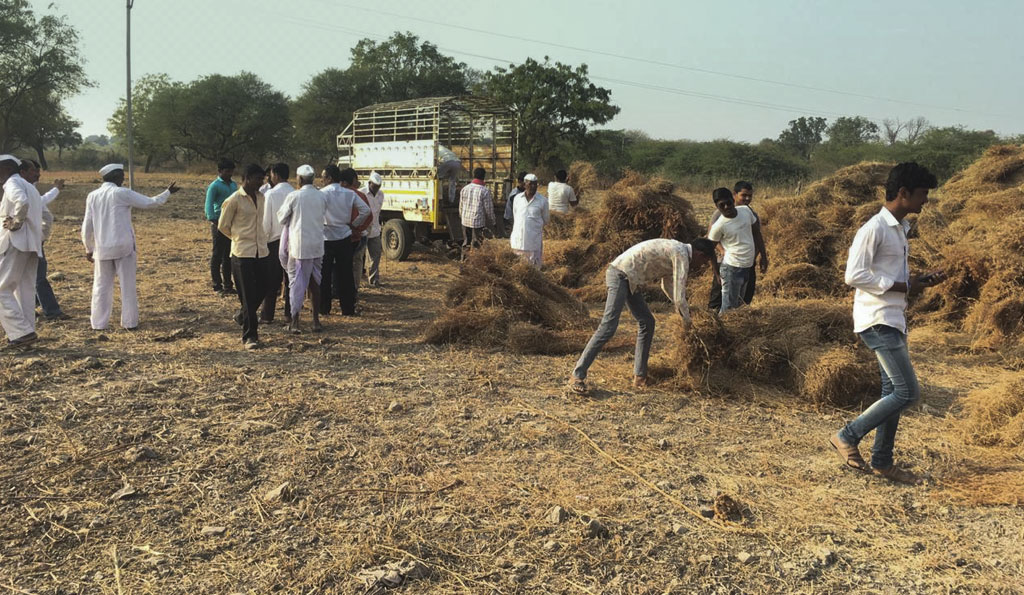 Due to drought, drying greenery and water scarcity, the harvest was hit very hard during the 2019, especially in Marathwada. Farmers could only manage half their normal harvest in the Kharif season and were not able to sow in the Rabi season. Generally, farmers in the region use the remaining part of millet and maize as animal fodder.

Due to harvest shortfalls, the rates of fodder had shot up. Besides this, the availability of fodder was also low. The acute fodder shortage had left drought-hit farmers and livestock vulnerable. Farmers who wanted to sell their animals, were unable to get buyers, even at lower rates.

NAAM stepped forward and arranged to collect fodder from Western Maharashtra where fodder was surplus and transport it to Marathwada, to save the lives of farm animals.

The districts of Beed, Ahmednagar and Aurangabad were the worst affected. They were provided with 24 truckloads of fodder as a stop-gap arrangement, before the Govt. fodder camps started in these locations.